View basket “Il forte” has been added to your basket. 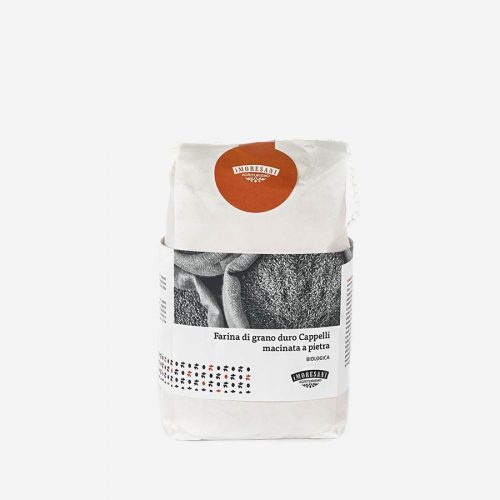 Organic Cappelli durum wheat flour
Cappelli flour is an ancient variety of durum wheat that owes its name to the Abruzzi senator, Raffaele Capelli  who, at the beginning of the 20th Century, promoted the agrarian reform that made the distinction between soft and hard wheats.  This wheat has never been manipulated and is distinguished by its intense perfume, strong flavour and ears more than 1.80 m high terminating in dark and visible awns (the filaments that can be seen in grasses). Especially resistant in dry climates it is considered the king of Italian durum wheats.

The fields where Cappelli wheat is grown are found in the Alento Plain and the Vallo of Diano and Alburni.

The farm grows Cappelli wheat following the dictates of organic agriculture, sowing the wheat in November while threshing takes place at the end of June.

Grown and milled in Italy